Here is the CDL trackliste of the 29/12 and some additional information about the concert: 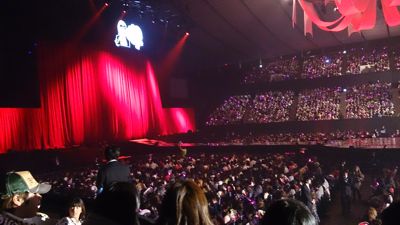 This year again, I wanted to test my transformation into ice drifts behind Yoyogi to hear some rehearsal snippets of the CDL. We arrived too late for the beginning, but fortunately a friend who was there, nicely completed our tracklist =) ENCORE songs are still missing. Too cold! After nearly one hour of waiting, I came back to hotel.

Confirmation tomorrow after the 1st concert ^^

To celebrate the DVD release, new 15th Anniversary TOUR ~A BEST LIVE~ version ayupans will be on sale from the 30/10 at 19:00 (Japanese hour) on mumo website

Surprise this morning: the official announcement of a new physical single Feel the love / Merry-go-round which will be released on Dec 25. It has been more than 3 years now since the last Ayumi single, L, was released on Sep 29th, 2010.

The double-sided single is classified as EDM (Electric Dance Music) mixed by Jaycen Joshua and mastered by Dave Kutch.
The 1st track « Feel the love » composed by Tetsuya Komuro is announced as a world premiere, since it's produced by DJ Hello Kitty!
The 2nd track « Merry-go-round » is produced by m-flo with VERBAL in featuring for the RAP part.

The single will be released in 3 versions: CD, CD+DVD et CD+DVD version Teamayu. The DVD will contain the PV of both songs shooted in L.A. A special interview of Ayumi is included in Teamayu version DVD.

Today a-nation final was held in Tokyo, only date on which Ayumi took part. a-nation'13 will be broadcasted the 6th October on WOWOW. Here is the tracklist for Ayu: 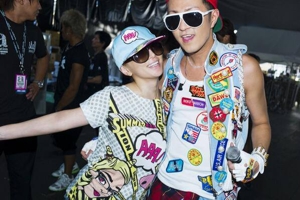 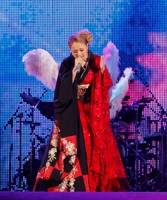 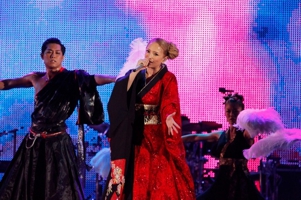 A CLASSICAL tracklist and cover

The cover and tracklist of the 3rd opus among the 5 releases for the 15th anniversary, A CLASSICAL, have been published on the official website. The songs were rearranged by Kousuke Yamashita. The cover was drawn by a pixiv artist (the japanese deviartArt).